Formerly an old fish farm, the site is scattered with small lakes that frame many of the holes. Significant earth moving and lake bed dredging was used to provide mounding which lines many of the fairways and define the green complexes. Paspalum grass on tees, fairways, and greens is new to Yangon but should make for year-round playing conditions in Myanmar’s mostly tropical weather.

Tiny greens feature on most holes making pinpoint accuracy of approach shots a must for scoring well. Large fairway and greenside bunker complexes add to the Dagon Golf challenge. If that were not enough, many holes look like they have been squeezed together to the point that landing areas are almost non-existent. Tee shots require booming drives to carry the fairway hazards or judicious use of fairway woods off the tees to lay up before trouble.

The signature hole is the short 12th. The par-3 is rather ordinary save for the giant red monkey in the greenside bunker. Its said that course construction began in 2004, which according to Chinese folklore was the Year of the Monkey. Thus the prominent placement in the bunker.

Other notable points on the course include the 16th and 17th holes. The dual par-4 play in an older section of Dagon bordering on the Yangon City Golf Club (YCGC). There are no less than five golf courses in this part of Yangon, making it a sort of mini-golf mecca.

Front nine favorites are the second hole. The par-3 located next to the housing estate and features intricate rock work and landscaping. Fortunately, the green is more extensive than most, and there is a substantial bail-out area front right, so making par here is almost a certainty. Finally, the 7th hole is a standout too. This par-4 short dogleg left has some mature trees lining the right side of the fairway and plays to a well-guarded green with a small creek in front and bunkers on the other three sides. Big hitters can go for the green in one while most golfers will prefer a short drive with a fairway wood tor long iron leaving themselves an 8 or 9 iron into the green.

Caddies are mostly inexperienced but smile all day to assist golfers in making their round at Dagon Golf a pleasant day. Clubhouse facilities are akin to a 5-star hotel with granite and marble used extensively throughout the locker and shower areas.  All in all Dagon Golf City is a modern course. It will take time to mature, but is already an excellent addition to the Yangon golf scene which consists mostly of older courses from British colonial times. 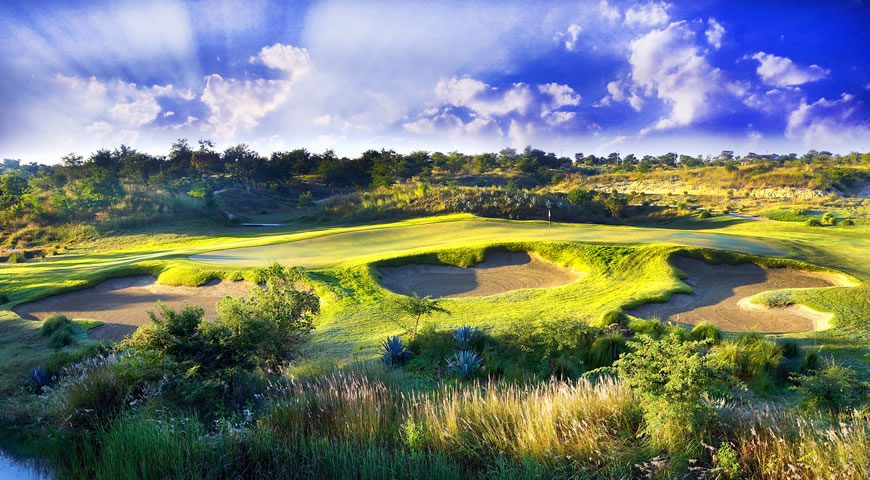 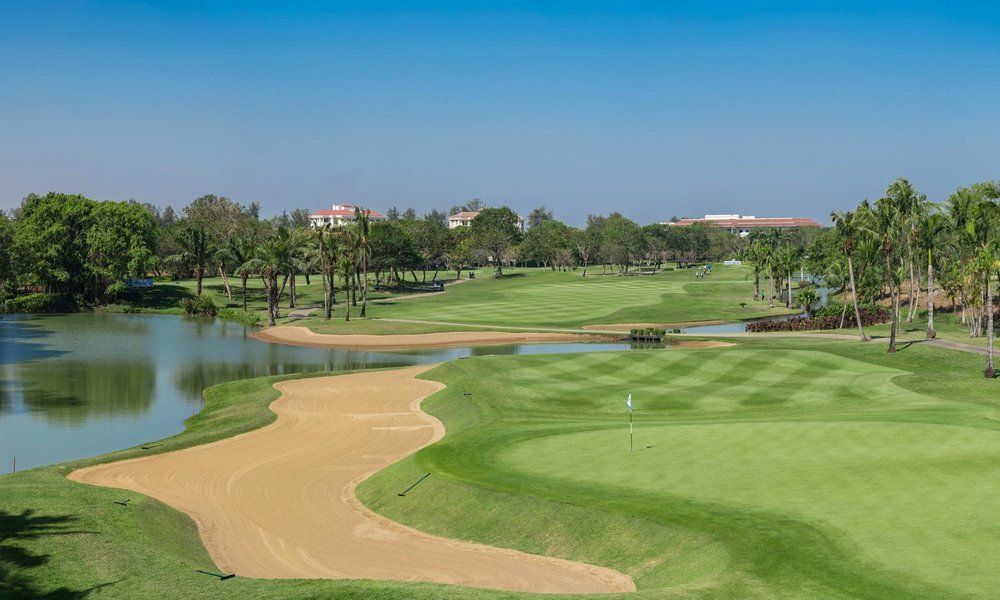 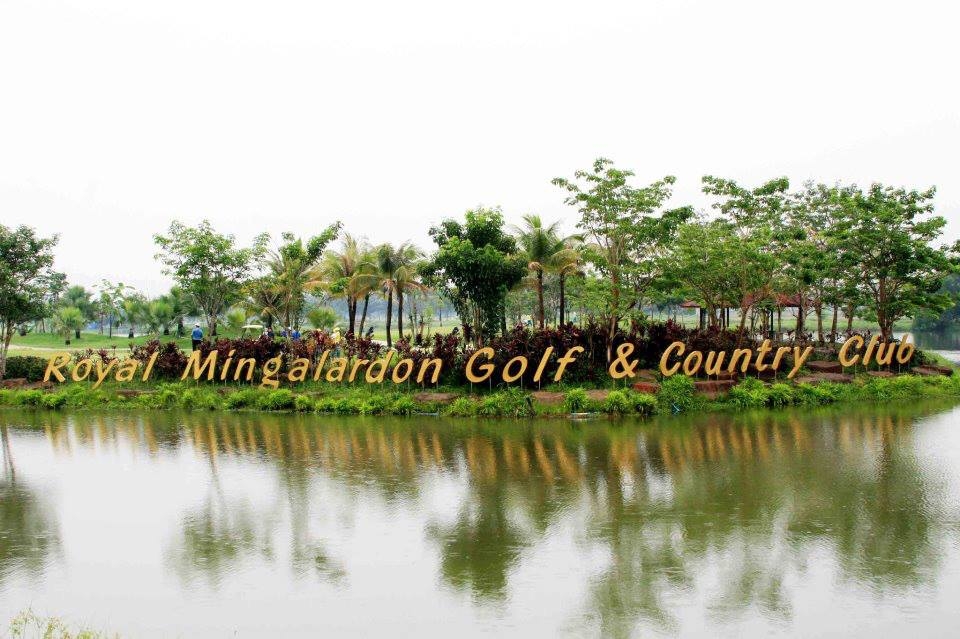 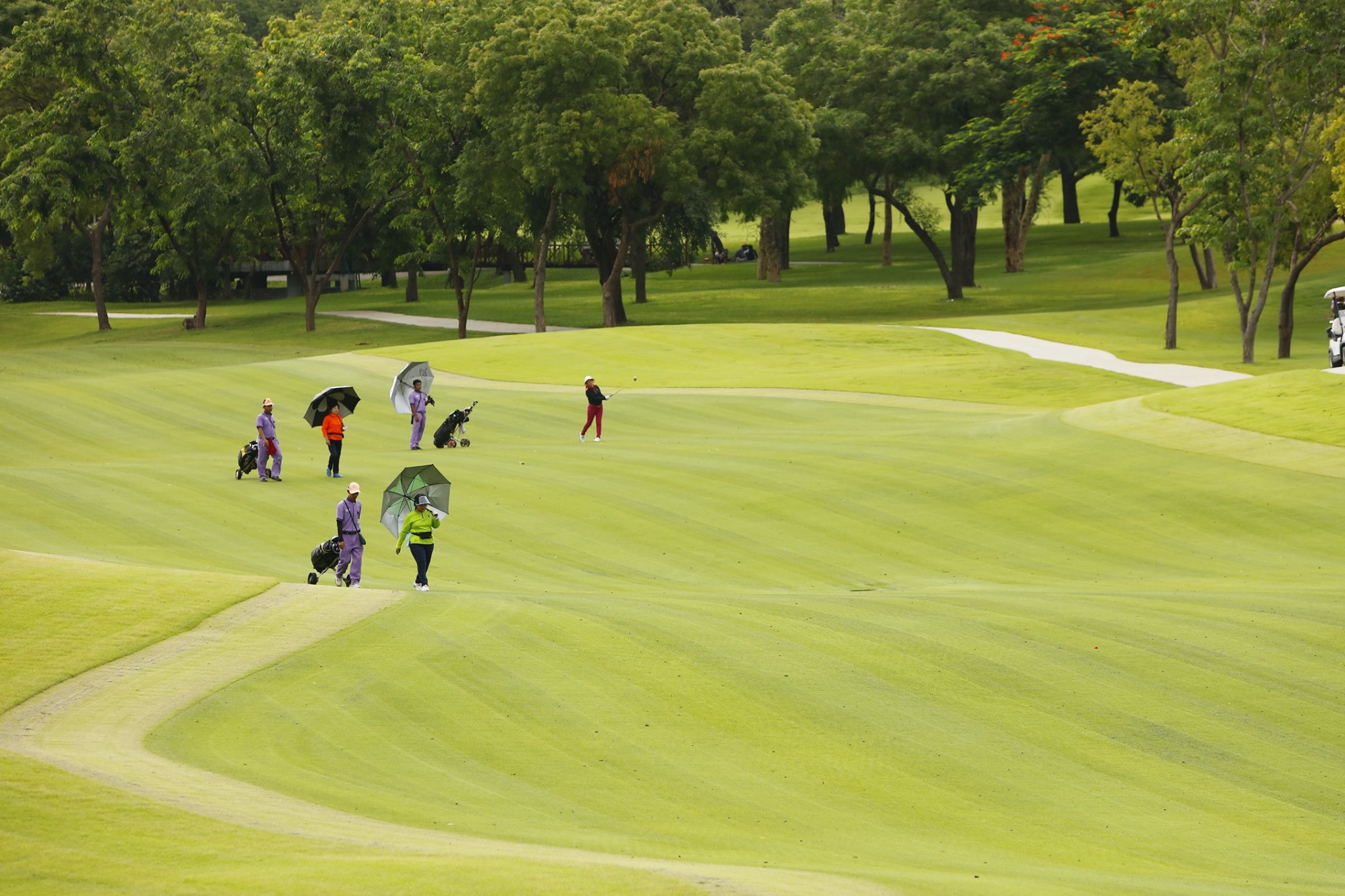