The eerie silence over TPC Sawgrass was broken only by interviews, maintenance carts and the sound of packed luggage rolling over the cobblestones

PONTE VEDRA BEACH, Fla. – Birds still chirped, the clubhouse fountain still burbled, and the Rolex clock between the practice green and first tee still told everyone and no one the time.

“It’s surreal,” said Ryan Armour, holding up his phone to capture the moment.

Armour’s bags were packed at his feet, and soon he would be headed home to – well, what, exactly?

“I was just talking about this with my wife,” he said. “Because our kids’ sports events have all been canceled, too. Our whole life revolves around athletics. What are we going to do for the next month? The closest thing I can compare it to is 9/11, but at least then you could see it and get your head around it.”

That’s not the case with Coronavirus, or COVID-19. Who at TPC Sawgrass had it, if anyone? What did the future hold? The eerie silence was broken only by interviews, maintenance carts, and the sound of packed luggage rolling over the cobblestones.

The sun shone. The yellow, purple and white flowers around the base of the clubhouse fountain began waking to the warmth of the day, ready to show off. Overhead, a jet put down a white stripe over the blue sky, a reminder that somewhere, somehow, things were normal.

Just not here, where the towering video boards still reminded of Hideki Matsuyama’s first-round 63, but thousands of man-hours would not, incredibly, add up to a tournament.

“Put it up, take it down, unfortunately,” said a man as he collected green-and-white-flecked gallery rope near the first hole, where the opening tee shot vexes players.

Alas, those players will not be in action for at least a month. THE PLAYERS Championship, Valspar Championship, World Golf Championships-Dell Technologies Match Play, Valero Texas Open – all of it cancelled by the Coronavirus. The Corales Puntacana Resort & Club Championship and The Masters Tournament: postponed.

When will golf get going again? It was anybody’s guess.

“See ya next time,” Ryan Palmer said as he dropped his bags off with Ben Hulka, who with his wife, Heidi, runs Hulk, Inc, the shipping business started by Ben’s father, Steve, in 2003.

See ya next time – when will that be? And what will Hulka do with his trailer full of luggage marked PALMER and FOWLER and HOFFMAN and KISNER and so on?

“It’ll go to Lot 6 here,” said Hulka, who had been scheduled to caddie for C.T. Pan before Pan withdrew Thursday. “We’ll fly home to Phoenix, and then come back here and get the trailer and take it to wherever we start up again, which will be hopefully somewhere on the East Coast.”

At the foot of the clubhouse steps, players stopped to talk to reporters as they came in to collect their things. Jon Rahm, in gray sweats and black hoodie, his hat on backward, paused at the top of the steps on his way out to allow Jhonattan Vegas to pass on his way in.

Tommy Fleetwood, standing on the clubhouse lawn, swung a golf club in slow-motion as he waited to be interviewed for TV. A man in a light blue PGA TOUR LIVE polo shirt packed up a headset while another man in a dark blue Sky Sports top coiled cable.

Armour’s ride pulled up, a car driven by Eric Hilcoff, who coordinates travel for the PGA TOUR. He had been up until 1 a.m., rebooking flights. He wore a green-and-yellow Oregon lacrosse cap. His daughter, a freshman, plays for the Ducks, but their season, too, is now on hold just like the TOUR and every other major sports league. “She’s crushed,” Hilcoff said.

That was a common sentiment at Sawgrass, where even the knockout roses on the path to the 17th green looked somehow forlorn. The green featured the same back hole location as the day before, and NBC’s tiny camera remained buried in the hole’s hula-hoop-sized pot bunker.

In the water hazard that has ended so many dreams, a fish rose for a bug. On the hill that would’ve been dotted with fans, two EMTs rode by on mountain bikes. Workers hauled flowers from a corporate chalet and set them on a maintenance cart before speeding off, their motor breaking the silence.

World No. 1 and two-time FedExCup champion Rory McIlroy would not get to try and become the first player to successfully defend his title, and Matsuyama would not get to try to follow up his 9-under opening round. The sun shone and the temperature climbed. It was a beautiful, terrible day for golf. 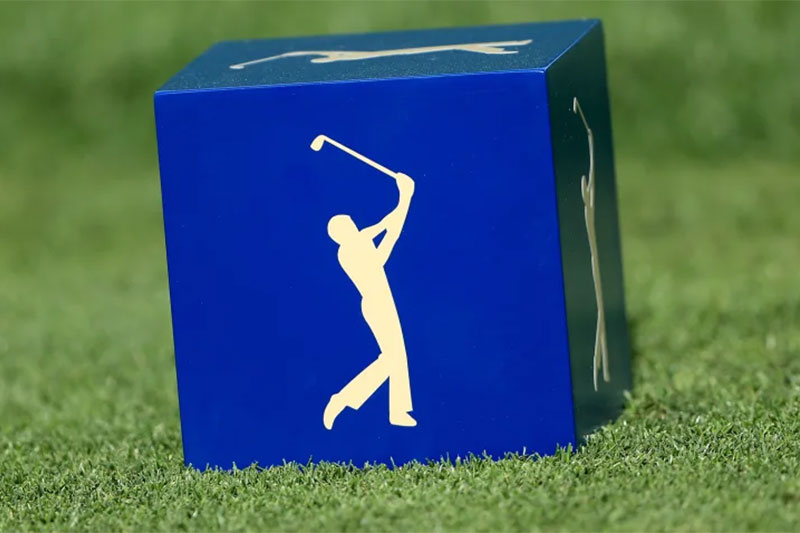 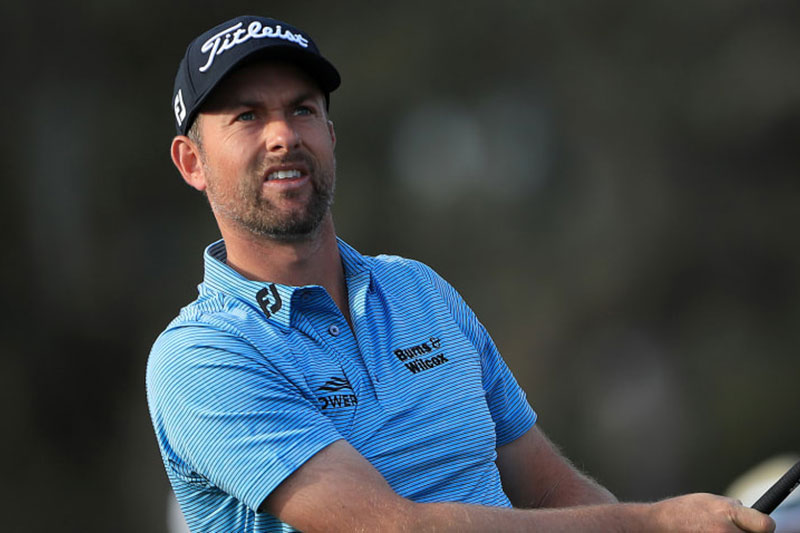